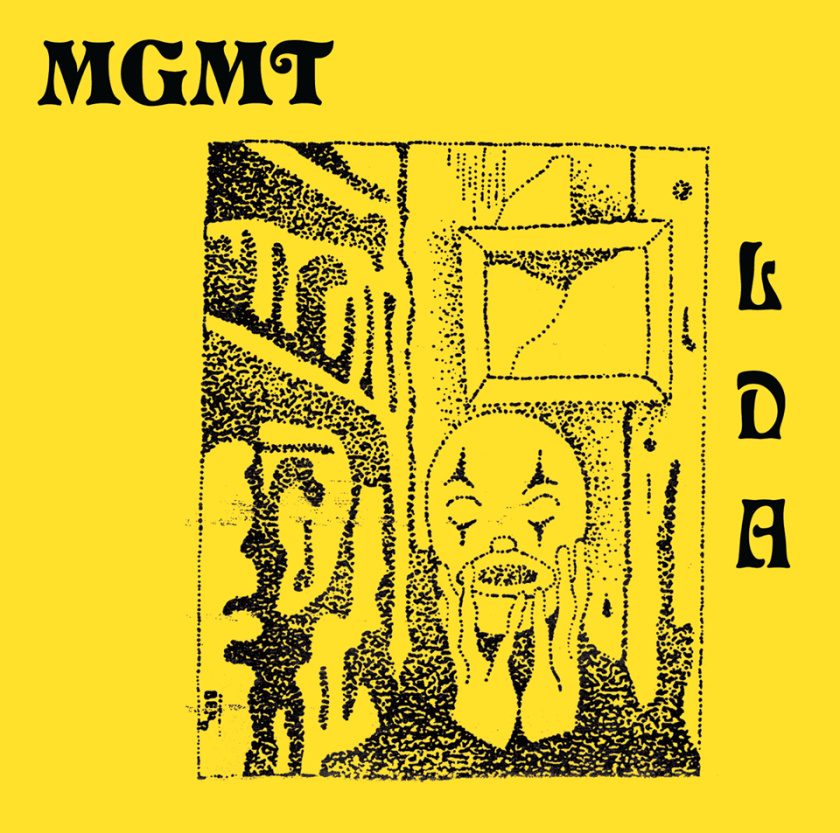 Most people would kill to have a hit single. To have that instant success which leads to a luxurious lifestyle of wealth and fame. It’s what a lot of people fantasize about, but what happens when the hit singles you’re known for shadows over your aspiration to experiment and to innovate? That’s the part most people fail to consider. “Psychedelic Pop” duo “MGMT” right off the bat spawned the hit singles “Kids,” “Electric Feel,” and “Time To Pretend” when they released their debut album Oracular Spectacular back in 2007. This lead to immense success for the band, but this became more of a curse than a gift. The band were determined to shed that colorful “Indie Pop” image they didn’t want by following up that record with Acid soaked Psychedelia that drew a lot from 60’s “Psych-Rock” and bands such as “The Flaming Lips” or “Animal Collective,” but a lot of people weren’t on board with this progression. The more Experimental they got, the more they alienated themselves from fans and critics alike. It’s simply unfair. A lot of people failed to recognize how incredible the band’s second album Congratulations was, and when the band released their self-titled third album in 2013 they got even weirder making music that was unlistenable. Many began to question the future of the band, and then the band disappeared for five years. Now with a new sense of inspiration the band have returned with their fourth album Little Dark Age. “MGMT” have gone back to making Poppy music again with this album, but they do it without sacrificing their love for Psychedelia. These songs aren’t as lengthy or acid soaked as most of their post-Oracular Spectacular material, but where there’s a catchy tune there’s also moments filled with freak out synths, lush sound textures, and abstract lyricism. On this record “MGMT” embrace the fact that they are great at writing Pop tunes, but they do it in their own terms, and instead of giving in to modern Pop tropes, the band makes Pop music from another decade, and this decade that strongly makes it’s presence heard loud and proud is the 80’s. That’s right, this album sounds like the band went back in time to a place dominated with cheesy synths, big hair, and hot pink leg warmers, and speaking of leg warmers, the album’s opening track  “She Works Out Too Much” was made to sound like an 80’s work out video. It’s filled with double entendres with the voice of a female aerobics instructor played by Allene Norton of “Cellars.” The track is about a relationship that broke apart simply because the man in the relationship didn’t work out as much as the woman, and even though he tried, her obsession with looking good lead to her shallowness. This is a fun track filled with clever workout metaphors and it puts you right into an 80’s workout video. The following track, which is the album’s title track makes a drastic change in mood with it’s dark “Goth” flavor. Andrew VanWyngarden’s vocals are robotic, adding to the ominous nature of the track, and in true “MGMT” fashion the lyrics are abstract and quite cryptic, but one thing is clear, this is cynicism and pessimism at their finest. “Go fuck yourself. You heard me right. Don’t call me nice again” VanWyngarden sings on “When You Die,” and that dark humor is one of the many elements that make this album such a fun listen, even if the subject matter is grim for the most part. However this album isn’t without it’s flaws, the tracks “James” and “Days That Got Away” feel like filler tracks and are awkwardly placed on the album, giving the listener an unnecessary break from the action, but the album picks right back up with the surprisingly optimistic and 80’s soaked “One Thing Left To Try.” The following track “When You’re Small” is a melancholy ballad that musically pays homage to Congratulations era “MGMT,” and the album’s closing track “Hand It Over” is dreamy in tone, but the subject matter deals with the frightening result of this Trump era we’ve been forced to endure. This is a return to form for “MGMT.” It’s a reinvention. The band that refused to acknowledge their hits for years have now figured out a way to utilize their talent at creating catchy music without selling out, and if this is just the beginning then maybe, just maybe the ones still holding on to “Electric Feel” can finally open their eyes to see the genius of “MGMT” that has always been there.