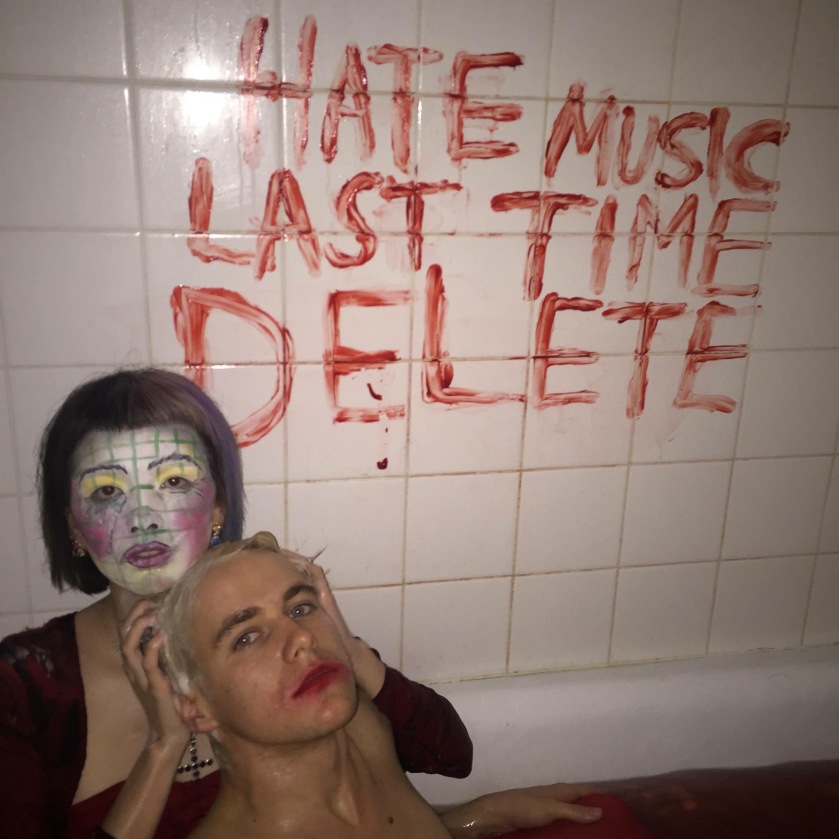 Music fans have unfortunately been subjected to this ridiculous idea that “Rock is dead” from many music publications. Of course, that is completely absurd. The countless “Indie Rock” bands, “Post-Punk” bands, “Metal” bands, and “Garage Rock” bands all continue to breathe life into a vague term like “Rock.” An emerging scene that is completely enthralling and continues to disprove “Rock” naysayers is the South London scene. A scene that consists of up and coming bands such as “Goat Girl,” “Sorry,” “Hotel Lux,” the already revered “Shame,” and a unique as Hell band that goes by the name of “HMLTD.” What separates this band from their contemporaries is their huge ambition to incorporate elements of just about any damn genre that resonates with them, and like many of the greats, this leads to the band being impossible to categorize. This 6 piece band have been at it for a few years now, releasing ambitious single after ambitious single. The band have garnered a huge following of music fans who yearn to hear something new and innovative, but one question remains, and that question is “When the Hell are they going to release a full-length album?!” Well, we still don’t have a full-length, but we have been gifted a new E.P. by the band titled Hate Music Last Time Delete to satisfy our hunger. This E.P. opens with without a doubt the band’s most accessible song yet. Incorporating modern production that leans toward a “Trap” flavor, “Pictures Of You” might sound trendy on the surface with it’s catchiness and dramatic building up of the chorus, but the subject matter is far from friendly. It’s dark, but it is completely relatable in this Internet age we live in that is driven by social media. Lead singer Henry Spychalski sings from the point of view of someone addicted to pleasuring himself to photos of others on social media, and as much as this is a detailing of one’s shameful addiction, it’s also an important commentary on the loss of privacy thanks to everyone’s willingness to post photos of themselves online. Oh yeah, and if this isn’t dark enough for you, there’s also an even more disturbing music video to reflect this dark reality. The following track “Proxy Love” finds the band getting weirder but their attention to “Pop” structure keeps the band from going off into the deep end. This track is zany, it’s odd, it’s glamorous, and it features everything we’ve grown to love about the band from their previous singles. As bizarre as this track is, the “Synth-Pop” dominance and catchy vocal structures present to us how “Pop” music can have substance, and that’s one of the many reasons why this band is brilliant, their attention to catchiness. Their fearlessness to create a catchy chorus even after their descent into musical madness is immensely impressive. The following tracks “Mannequin” and “Apple of My Eye” carry a similar vibe, but this four track E.P. is far from being one-dimensional. The guitar riffs are very reflective of “Post-Punk.” The synth lines are laden with 80’s Glam, and the vocals heavily reflect “Goth” acts such as “Christian Death” or “Virgin Prunes.” The lyrical content doesn’t bombard the listener with hard to decipher metaphors, instead it’s blatantly obvious that these songs deal with self-love, addiction, and even the feeling of being in love with a mannequin and wishing it could do the things a living being can do (I hope Frank Zito was an inspiration.) Just four tracks in length, this E.P. proves that “HMLTD” are without a doubt the most intriguing band at the moment, and this is only the beginning of what may be a fruitful legacy.