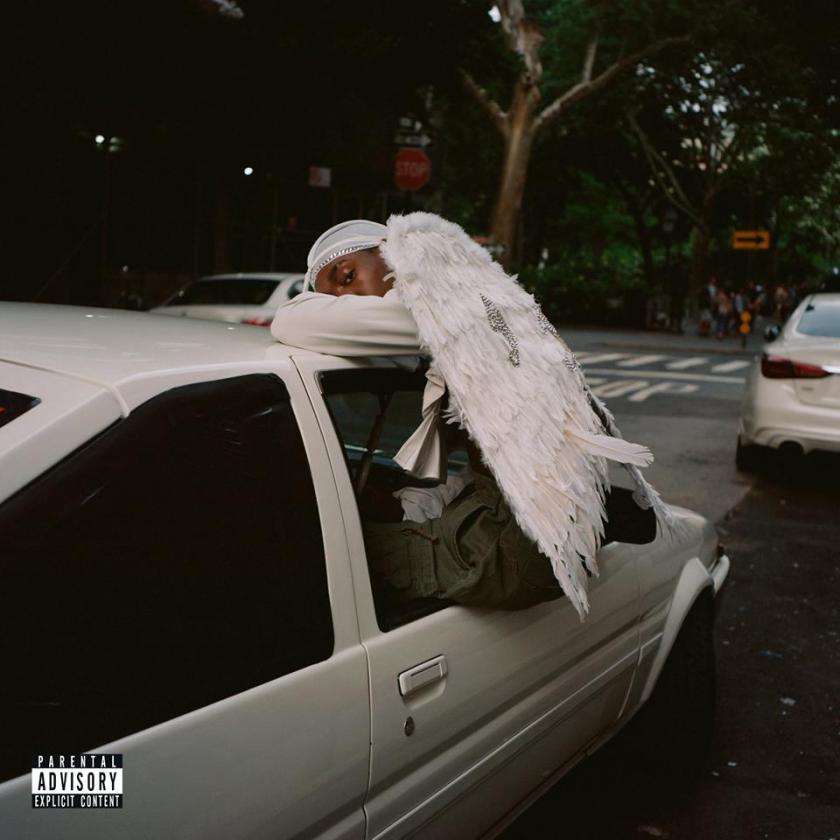 “You asked me what family is and I think of family as community. I think of the spaces where you don’t have to shrink yourself. Where you don’t have to pretend or to perform. You can fully show up and be vulnerable and in silence, completely empty and that’s completely enough. You show up, as you are, without judgment, without ridicule, without fear or violence, or policing, or containment, and you can be there and you’re filled all the way up, so we get to choose our families. We are not limited by biology. We get to make ourselves and we get to make our families.” Powerful words from Janet Mock, a transgender rights activist who provides frequent thought provoking narration on Dev Hynes’ fourth album under the “Blood Orange” moniker. The album is titled Negro Swan, and it is described by Hynes himself as “an exploration into my own and many types of black depression, an honest look at the corners of black existence, and the ongoing anxieties of queer/people of color. A reach back into childhood and modern traumas, and the things we do to get through it all. The underlying thread through each piece on the album is the idea of hope, and the lights we can try to turn on within ourselves with a hopefully positive outcome of helping others out of their darkness.” Considering how much of a talented producer, songwriter, and multi-instrumentalist Hynes is, the execution of this idea is unsurprisingly near perfection. Reiterating what Janet Mock said in the aforementioned quote, the idea of finding your own family and community where you’re truly at peace with yourself is the overall message in this album that explores the dark subject of being involuntarily cast as an outsider in order to find the light at the end of the tunnel. “After school, sucker punched down. Down and out. First kiss was the floor.” Sings Hynes on the album’s Marvin Gaye inspired opening track “Orlando,” a smooth Funk heavy track that comfortably welcomes the listener to the album despite it’s unhappy subject matter, but the understanding that things won’t be easy when your natural self just so happens to go against unfair societal norms leads to this album’s uplifting and encouraging nature. To accompany the album’s deep subject matter, Hynes utilizes his impressive ear for melody to produce instrumentation rich in lush vocal melodies, Funk filled bass lines, bouncy synths, dreamy guitars, and frequent infectious flute arrangements that will make anyone swoon. He even invites numerous musicians to contribute like on the track “Hope” which features gorgeous lead vocals from Tei Shi and a vulnerable Puff Daddy, a side of him we don’t normally see. A$AP Rocky and Project Pat add a powerful but laid back punch to the track “Chewing Gum,” and Steve Lacy provides synths on the Prince evoking track “Out of Your League.” The combination of all of this leads to an “R&B” odyssey that isn’t afraid to experiment, and instead of being preachy, this album explores vulnerability in order to reach a point of self-acceptance, and it does so while creating feel good tunes. This album creates the community and family Janet Mock describes on “Family,” and this is a place where we’re all free from judgement.