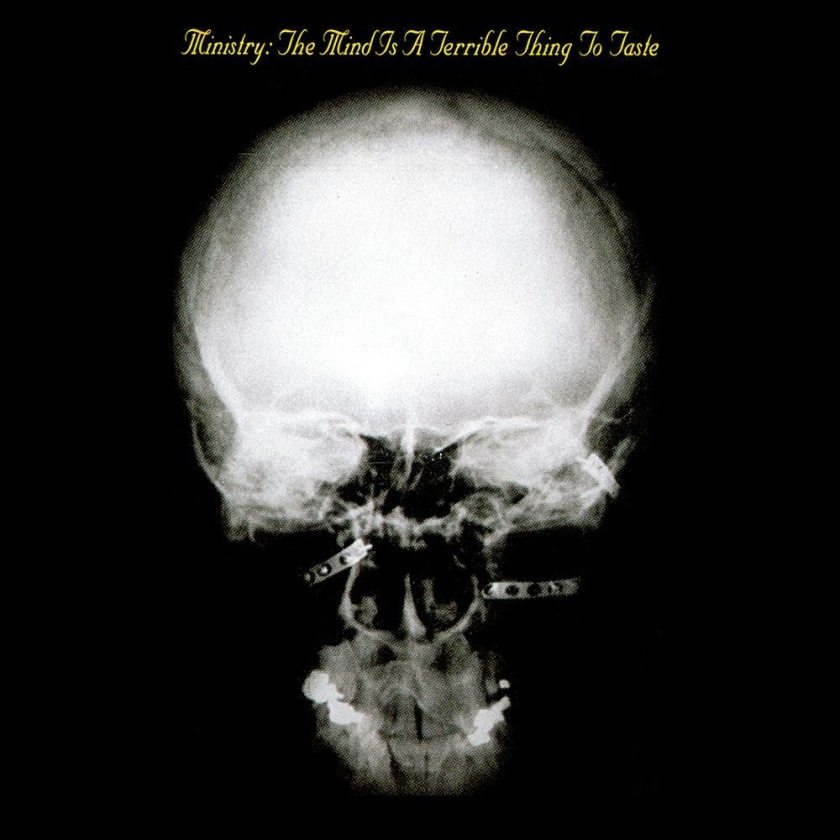 On this day in 1989 “Industrial” legends “Ministry” released their fourth album The Mind is a Terrible Thing to Taste.” Diving further into the “Thrash Metal” leanings that popped up on their previous album The Land of Rape and Honey, The Mind is a Terrible Thing to Taste was the first album that found the band fully developing their signature style of Thrash-leaning “Industrial Metal” with countless samples and unrelenting heaviness. Sole member Al Jourgensen has been vocal about his disappointment with this album, citing the chaotic background of the recording and the fact that him and pivotal band-mate Paul Barker were never in the same room during the recording of the album as the reason for that, but that chaos translated to the music quite well with it’s aggressive and terrifying darkness. This album was the complete reinvention of the band. A reinvention that still hasn’t been matched to this day. Happy Anniversary.