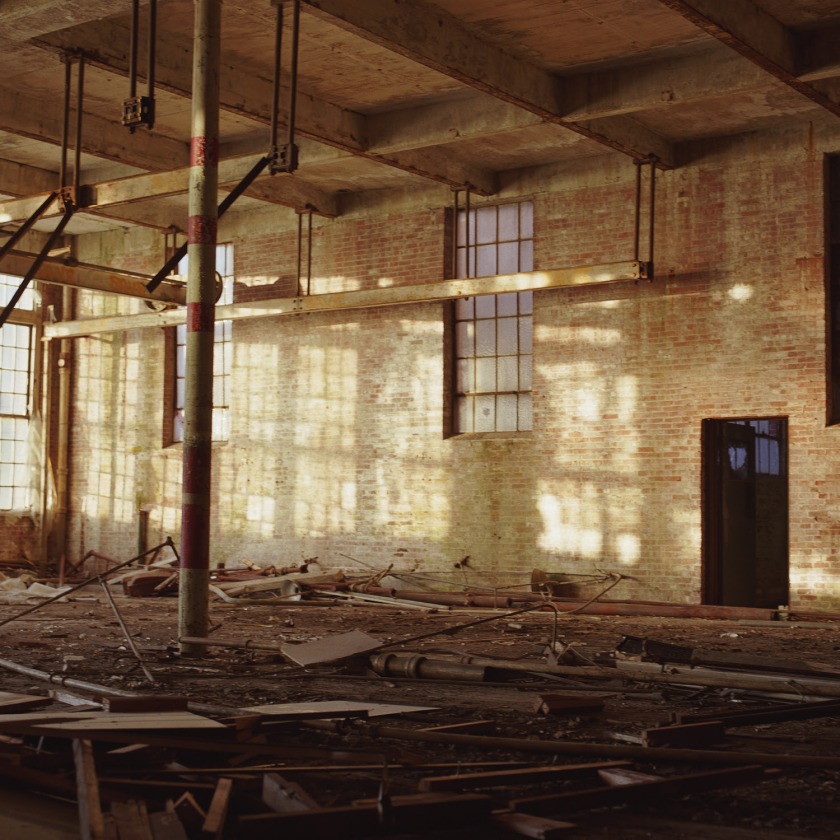 Brooklyn-born and now Los Angeles-based musician Katie Gately was almost finished recording her follow-up to her debut album Color when her mother was diagnosed with terminal cancer. Returning to her family home in Brooklyn to care for her mother, Gately couldn’t bring herself to finish the album due to the stress and emotional and mental toll this devastating situation was taking on her. After sleepless nights, Gately began work on a brand new album centered around her song “Bracer,” which was her mother’s favorite song of hers. The result is a haunting, incredibly dark, and heartfelt album that finds Gately facing the themes of loss and the realization of mortality. Titled Loom, the album was completed after her mother had passed in 2018, and it’s a vivid, unsettling, and uncompromising glimpse into her headspace at that time. Departing from her previous album’s lighter tone, Loom isn’t without Gately’s talented knack for detailed production consisting of field recordings and effects. This time around the music is darker in tone and features a larger than life and rather cinematic tone that reflects the array of emotions Gately is feeling. A track like “Waltz” takes the usual 3/4 beat of the style and drags it through a haunting reinvention that builds and builds to a satisfying climax. “Bracer” is a 10 minute plus epic that’s vastly unpredictable with new sound effects and vocal refrains added frequently building and building to an eruption of a massive collage of sound consisting mainly of samples that are hard to identify. Gately cleverly utilizes field recordings of an earthquake, shaking pill bottles, screaming peacocks, howling wolves, a closing coffin, and much more throughout the album which showcases her love for samples without sounding gimmicky. Though the “building and building” structure devoid of verse-chorus-verse-chorus can be a bit repetitive, the intensity is undeniably gut-wrenching, eerie, and immensely satisfying if you don’t mind a journey through the dark. Gately is vastly talented at sound design and creating a collage of sound all while evoking various emotions, and her grieving process is full-frontal, leading to an incredible listening experience. This is some of the best music i’ve heard so far this year.