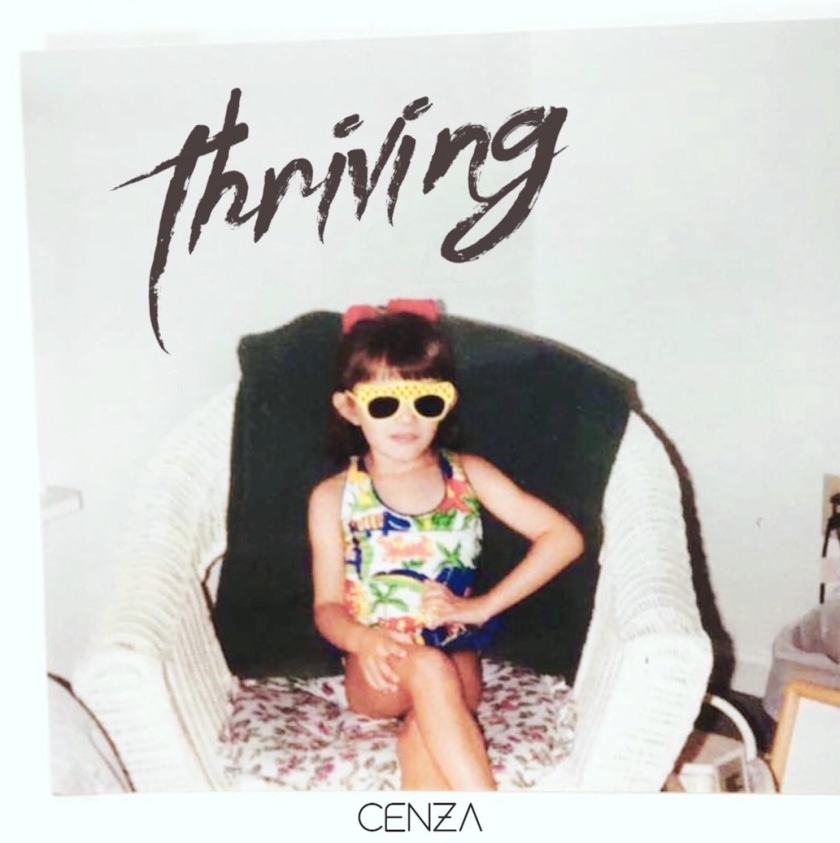 If her previous single “City Lights” didn’t win you over, then her brand new single “Thriving” surely will. Departing almost entirely from the “Electro-Pop” glamour of “City Lights,” Cenza’s new single “Thriving” is more melancholy on the surface, but never loses its smooth groove brought on by production consisting of electronic soundscapes, strings, bass, infectious synth melodies, and a beat that evokes the spirit of 90’s “Trip Hop.” Despite its moodiness, the track has an inspirational message. About the track, Cenza states “I didn’t write this about a guy. I wrote it about the feeling I often get second guessing myself for making a choice and owning it and about the desire to be unafraid of being perceived as intimidating just because i’m succeeding in something. I hope this song empowers everyone who hears it to own their choices and to stop feeling like they have to dumb themselves down or make themselves smaller to make others more comfortable, and to have fun with it.” “Thriving” was produced by Jay-Elle, Michael Abiuso, and Cenza, and was mastered by J.D. Moon. The track will appear on Cenza’s debut album due later this year. You can listen to “Thriving” below: