Yes. You read that correctly. “Gorillaz” continue their unbeatable streak of impeccable singles with episode six of their “Song Machine” series featuring THE Robert Smith of “The Cure.” The track is titled “Strange Timez,” which is fitting considering the bonkers all-out shitfest of a year we’re living in right now. Oh 2020, what happened? You were the chosen one. “Strange Timez” is everything you’d want from a “Gorillaz” and Robert Smith collab and then some. You can listen to “Strange Timez” below:

Today “New Order” have shared their first new music since their 2015 album Music Complete. It’s a track titled “Be a Rebel,” and about the song frontman Bernard Sumner has stated, “In tough times we wanted to reach out with a new song. We can’t play live for a while, but music is still something we can all share together. We hope you enjoy it… until we meet again.” You can listen to “Be a Rebel” below:

London-based artist/musician Brioni has a unique approach to her art, combining synth-heavy electronic music with her paintings which she uses as an electronic drum when performing live. Today she has released her new single “Timeless,” and it is sure to get you moving and features some of her most pristine production yet. You can listen to “Timeless” below:

It feels like this is the ideal time for a new “Deli Girls” album, but then again, I don’t think there’s ever a time when a “Deli Girls” album isn’t appropriate. The anger and frustration that is a reaction to the homophobia, transphobia, sexism, racism, and other forms of hate that unfortunately plague this country is completely warranted and will continue until things become fair in this country, if that ever happens. The Brooklyn duo wear this anger on their sleeves and use it to fight hate with abrasiveness and aggression. This isn’t your Hot Topic “it’s not a phase mom” teen rebellion oh no, this is  revolutionary music in its purest form. Music that challenges you, confronts you, and antagonizes you, but with that being said, “Deli Girls'” new album BOSS is never overly political or bias. This music is a place where many of us who have felt misfitted or wrongfully judged can call home. The band could have gone in a direction that recycles their earlier work, becoming a predictable gimmick of themselves, but on BOSS it’s evident that the two have the musical vision and knowledge to match their unadulterated rage. Those who have said the band is one-dimensional will quickly eat their words when listening to this album, because along with the band’s simplistic yet impactful instrumentation that draws influence from Industrial, video game inspired synth-lines, and heavy distorted bass that will knock the framed pictures off your wall, the band explore new territory, incorporating even darker atmospherics and even featuring beautifully haunting harp and violin provided by duo “LEYA” on the track “Barriers to Love.” There’s even a cover of “Korn’s” song “Faget” which the band beautifully reinvents and turns into a new anthem. The band really outdid themselves with this one. 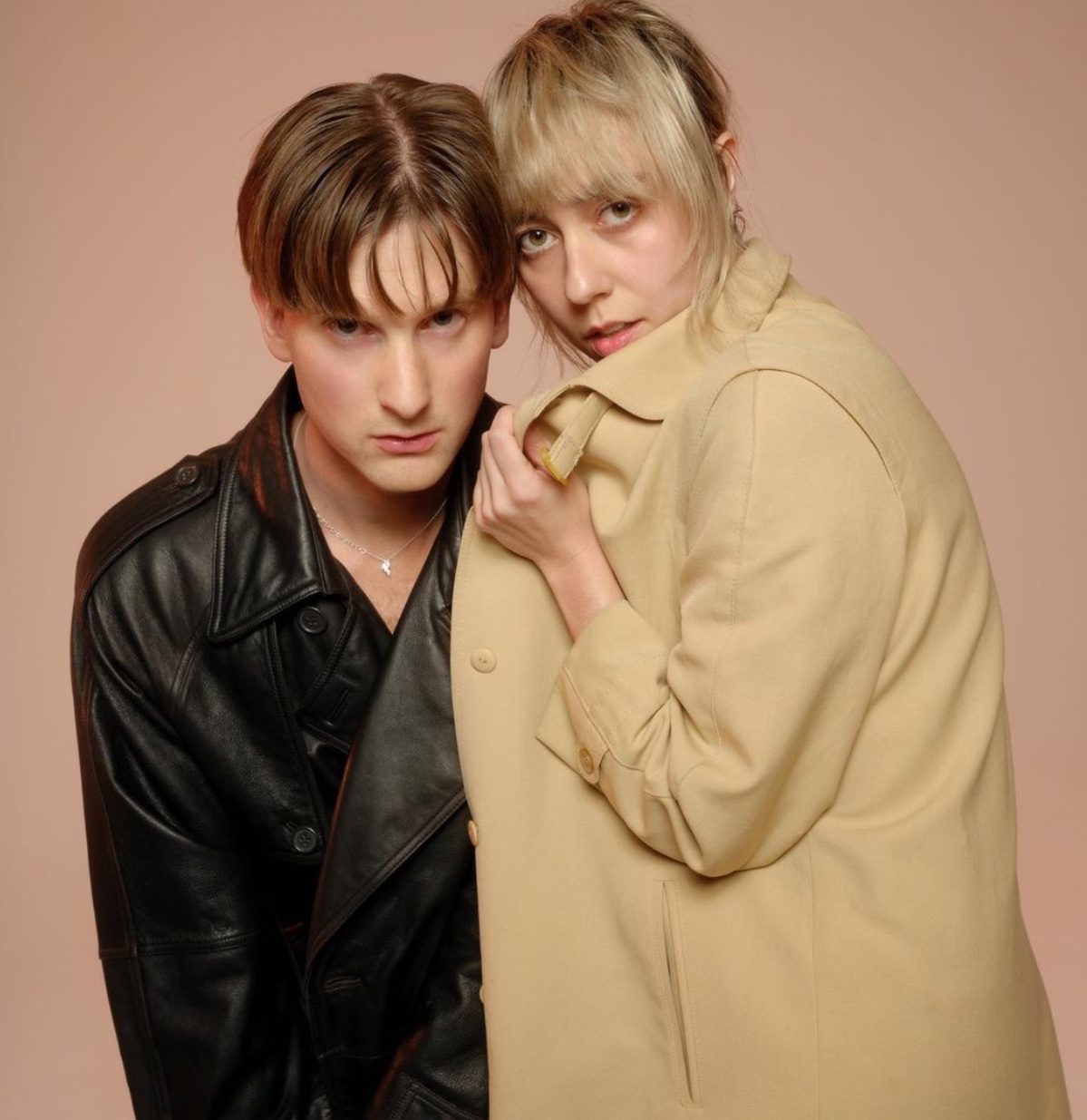 Electronic duo “Blue Hawaii” are set to release their new E.P. Under 1 House on September 25th, and following their dance floor ready single “I Felt Love,” the band have shared another track off the upcoming E.P. titled “Feelin'” and it’s just as danceable, sexy, and “House” dominated as its predecessor. You can listen to “Feelin'” below:

Following the release of their fantastic single “God Is Doing blow” back in 2018, Swedish duo “Hammare” have been hard at work releasing a single a year, and though that may seem like very little in this fast-paced streaming age of music we now live in, just remember, quality music takes time to create and has more longevity than mediocre songs that are pumped out just for the sake of staying relevant. This year we have been blessed with not one but two new “Hammare” songs. “In Back of the Real” was the first, and now the band have released the follow-up titled “Here Comes Trouble,” and as you’ve probably already guessed by the song titles, the band aren’t here to play it safe. At this point we know the band aren’t going to sugarcoat things. Their lyrical content reflects on the human condition and the ridiculous things that divide us when we should be more empathetic and accepting of each other. The band’s view on this can be from a dark and cynical lens, but instead of sounding defeated, they’re saying “We can do better.” “Here Comes Trouble” maintains that same tone, but this is the band’s most danceable track yet with Industrial-laden production consisting of discombobulating synth arpeggios, a funky as Hell bassline, and Desert Rock guitars that wouldn’t sound out of place on a “Queens of the Stone Age” record. You can listen to “Here Comes Trouble” below:

If her previous single “City Lights” didn’t win you over, then her brand new single “Thriving” surely will. Departing almost entirely from the “Electro-Pop” glamour of “City Lights,” Cenza’s new single “Thriving” is more melancholy on the surface, but never loses its smooth groove brought on by production consisting of electronic soundscapes, strings, bass, infectious synth melodies, and a beat that evokes the spirit of 90’s “Trip Hop.” Despite its moodiness, the track has an inspirational message. About the track, Cenza states “I didn’t write this about a guy. I wrote it about the feeling I often get second guessing myself for making a choice and owning it and about the desire to be unafraid of being perceived as intimidating just because i’m succeeding in something. I hope this song empowers everyone who hears it to own their choices and to stop feeling like they have to dumb themselves down or make themselves smaller to make others more comfortable, and to have fun with it.” “Thriving” was produced by Jay-Elle, Michael Abiuso, and Cenza, and was mastered by J.D. Moon. The track will appear on Cenza’s debut album due later this year. You can listen to “Thriving” below:

Jessie Ware released her fourth album What’s Your Pleasure? almost a month ago and I still listen to it daily. It’s utterly infectious from beginning to end and is quite possibly the best Pop album released this year by far. Jessie Ware has released music videos for the majority of the tracks off the album, and they are as addicting as the songs themselves. Mirroring the Disco grooviness of the tracks, each video is an incredible visual experience with much emphasis on the liberating nature of dancing. Her new music video for the title track “What’s Your Pleasure?” is no exception. It’s sexy, colorful, and features more and more dancing of course. You can watch the music video for “What’s Your Pleasure?” below: 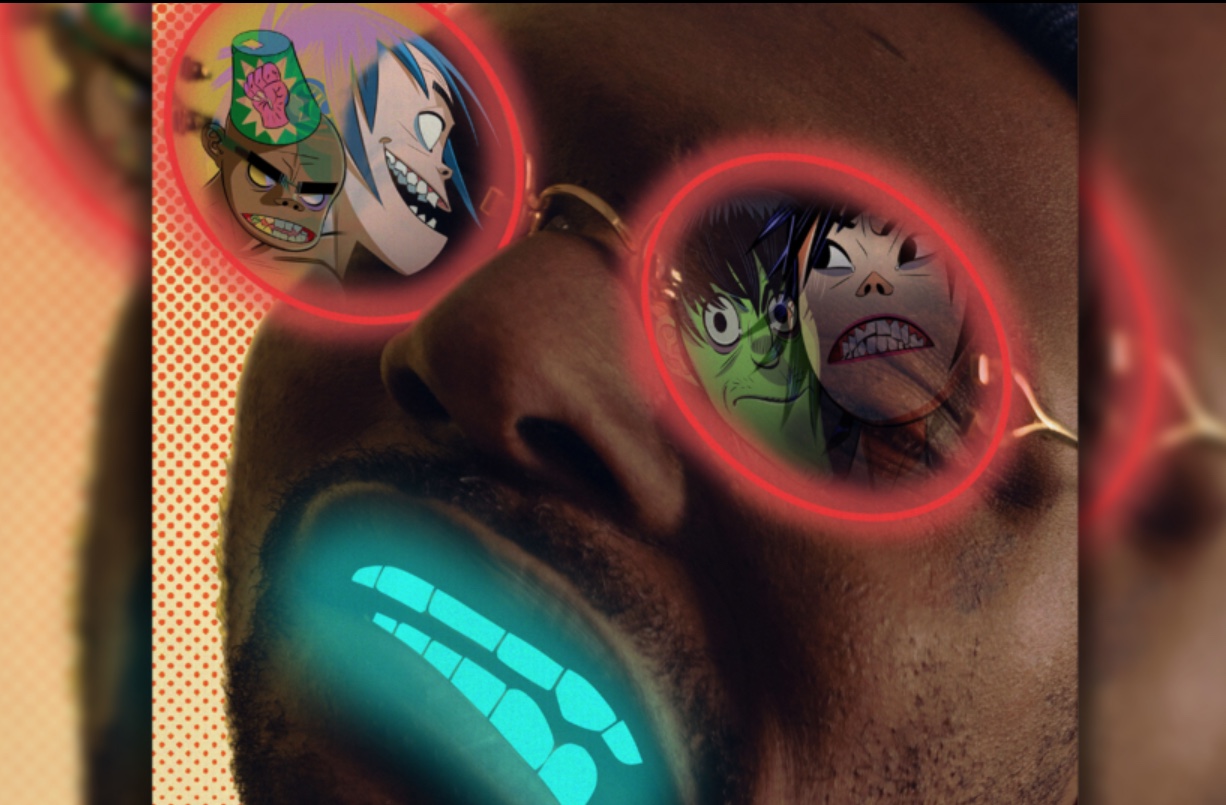 Gorillaz continue their “Song Machine” series by dropping another banger of a track titled “PAC-MAN” which features “Top Dawg Entertainment’s” ScHoolboy Q. The music video pays homage to the classic video game which just recently celebrated its 40th Anniversary, but the track itself is a funky groove that shifts once ScHoolboy Q comes in with a fiery verse. You can watch the music video for “PAC-MAN” below:

Song: In My Garden

Brioni is an artist in every sense of the word. Hailing from London, her approach to music is unprecedented as she utilizes her chromesthesia, a type of synesthesia where sound involuntarily evokes the experience of seeing colors. Being an experienced music producer and painter, Brioni successfully intertwines both worlds in a way that is wholly original. How is this done you ask? Well, the colorful textures she perceives when hearing music are depicted by her in her paintings, and when she performs she performs solo on stage playing her paintings as an electronic drum all connected with a keyboard, controller, and laptop. It’s like her paintings have transcended the visual world and have developed it’s own auditory language. Her music is heavily Electronic with atmospheric sound textures and pulsating drum machines, and it’s all packaged in an infectious Pop style that is accessible yet artistic. Her new single “In My Garden” is no exception, and the theme behind the song is also unsurprisingly unique. After reading a book about the flowers language used to write secret messages, Brioni was inspired to use this in a song. With the two plants “Fox Gloves” which can translate to “lies,” and “Honesty” which translates to “honesty and realness,” she metaphorically guides us though her own garden which represents her life. She uses this to analyze herself. To walk her through her early insecurities and need to please people, only to realize that there was no need to be someone she’s not, and that alludes to the “Fox Glove” theme. As she comes to the realization that being her true self is a lot more liberating and that people will accept her for who she is, she plants her garden of honesty. The fact that she’s able to conceptualize something like that is truly remarkable, and that makes her an artist to keep your eye on. Brioni has also teamed up with an organization called “Treedom Trees.” 50% of her profit will go to them to help plant trees worldwide.